About six years ago I was visiting my friend Patti in Tucson. She invited me to go to a book estate sale that included a number of art books. I did find several books that interested me including an extensive guide to 17th century Dutch Masters. I am not a big fan of 17th century art, but there were several images in this book that captivated me. One was that of a small bird. At the time I thought to myself, “I should try to paint that bird some day.”

About a year later I took my first oil painting class. Toward the end of the class one of the assignments was to copy a painting done by a Master Painter, to its exact size. Although I like impressionist and post-impressionist work, I immediately thought of that bird. 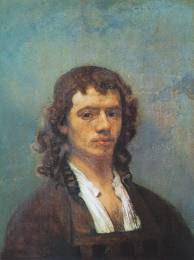 Since I had never heard of the painter, Carel Fabritius, I had research to do. I was surprised to learn that he was a student of Rembrandt and the mentor to Vermeer. I learned that he lived only a short time. He was killed and most of his work was destroyed when he was 32.

Next, I took a very close look at the painting, The Goldfinch. When I had first looked at it, I didn’t notice the chain. When I saw it again, I was struck how sad and poignant the painting seemed.

I carefully proceeded with my assignment, finished it and got an “A” in the class. I was very proud of myself for copying the painting so well. It was not until a few weeks after the class ended that I became more curious about my “masterpiece” and put it and the original image side-by-side on the computer screen. I was taken aback at how one could so easily tell the difference between the two. It was a moment of great humility for me. 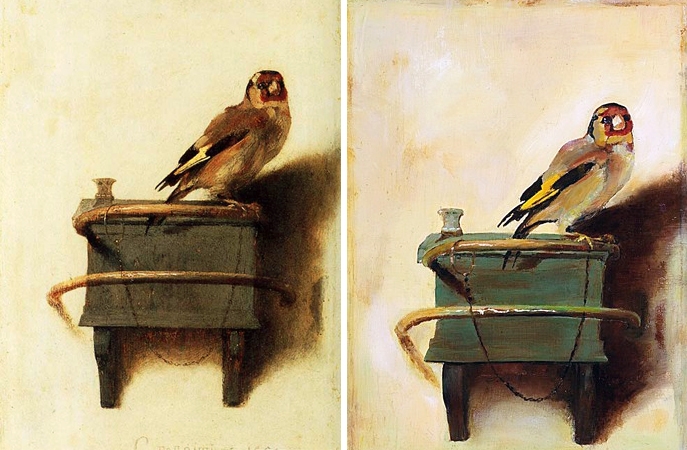 Nevertheless, my painting hangs in a place of importance in my home. Not so much because I painted it, but because I find it so touching. I can read so many things into this little painting.

The original is in the Mauritshuis Picture Gallery, The Hague Museum, in the Netherlands. Many have speculated on the meaning of the painting. The Dutch consider it to be the most attractive and loved painting of all Dutch 17th century paintings.

What do you think that Fabritius was trying to convey?

12 thoughts on “Imitation of a Masterpiece”