I have been going through all of the images that my partner Tim Anderson took while we were in Ireland. It helps that he is a professional photographer. He did all of the work, I just soaked up what I was seeing a experiencing. With every photo I am taken back to that spot and the way I felt while being there. 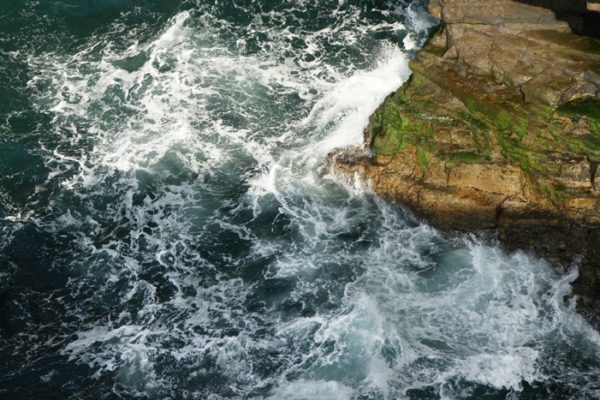 Photo by Tim Anderson of the Atlantic

Although there were indeed 40 shades of green, we spent much of our time on the west coast near the Atlantic so there were also many shades of blue. I have seen the Pacific Ocean and the Atlantic, but the waters on the Irish Atlantic were very vivid and distinct. 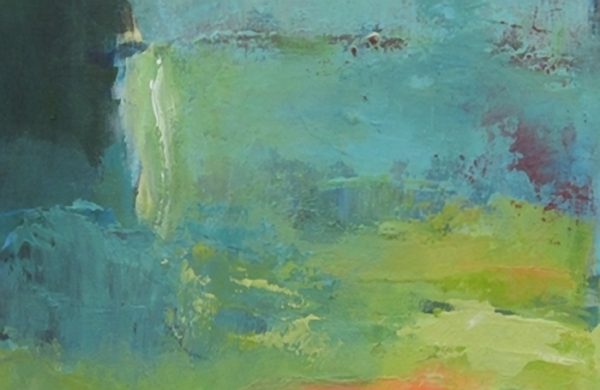 There were also shades of red and orange and tones of violet. Those colors were lovely also, but they didn’t impact me like the blues and greens.

I saw many places like stone circles and standing stones and 12th century abbeys, where grey stone was the predominate color. I haven’t processed grey as possibilities for a painting, but I like the idea of using greys and tones of color.

This week I have finally had a chance to do a little sketching with paint to just get a feel for what colors would come out. I played with many colors, just letting my imagination take over without doing any pre-planning. I felt like I was painting my impressions of Ireland. I like that feeling. I like to pick up a paint brush and just start putting down color.

I still went for layering paint the way that I have been doing. I do like to see under colors peeking through. The paint sketches in this post are a start to bigger paintings that I hope to get to soon.