I have a thing for ladders. I am not as intrigued by ladders as much as I am by trees, but I do find it somehow fulfilling to paint a ladder. I have done it many times, and have found myself thinking about painting another ladder or perhaps incorporating it into a painting. 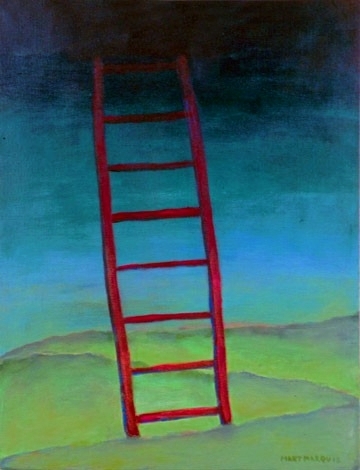 So being a curious person and liking to do research, I set out to investigate their symbolic meaning.

The first article I read suggested the ladder is rich in symbolism and metaphor. The horizontal rungs represent progressively higher levels of consciousness and the two vertical uprights, represent the symbol for duality. 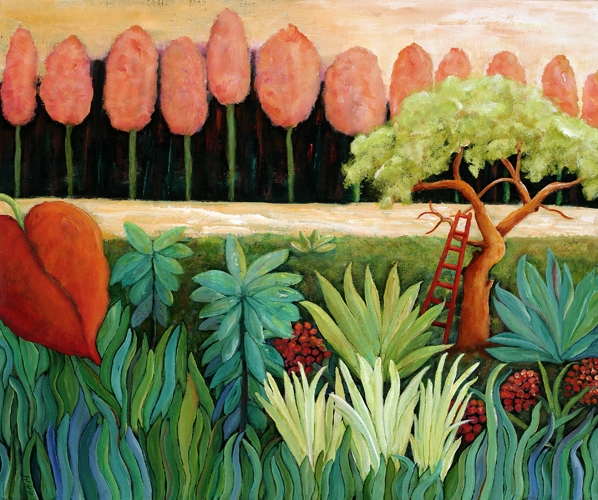 According to Josepk Panek, since the ladder has no moving parts, it symbolizes ascension by way of personal desire and effort. “The Ladder also reminds us that reaching the highest realms of consciousness is not a short, swift journey. Each rung represents a gradual ascent whereby wisdom, knowledge, enlightenment and perfection are earned by us one step at a time.” 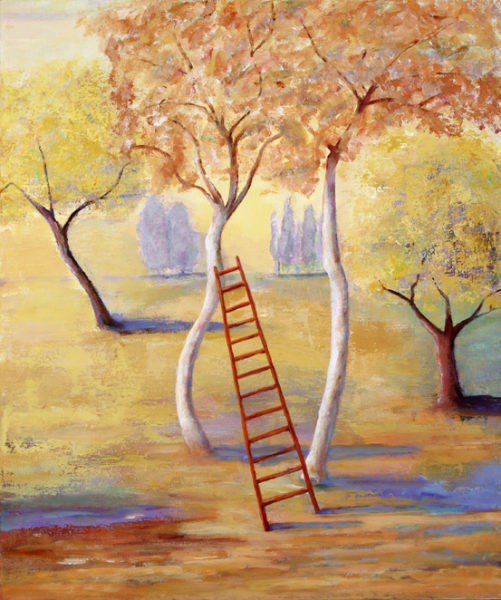 Well, I have to say that my journey upward has been long and slow. Before I started painting I read about Abraham Maslow’s hierarchy of needs. I think it influenced my journey to becoming a more aware, perceptive and perhaps even a more creative person. When I first learned about the theory, I was probably struggling to get to the third level. I spent a great deal of time in the second rung. Today I like to think that I am integrating the top level, but i suspect that is a life-long project. 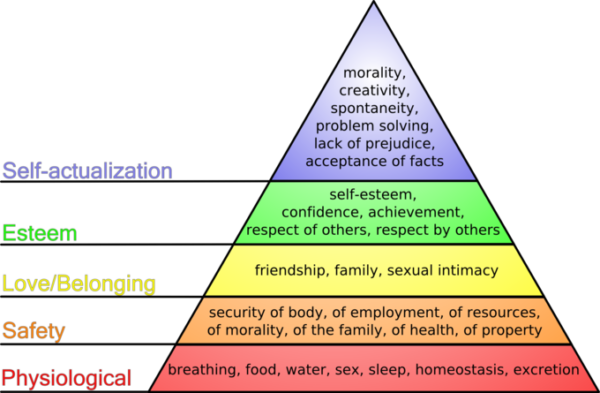