California state’s flower is the golden poppy.  Native Americans cherished the poppy as both a source of food and for oil extracted from the plant. Its botanical name, Eschsholtzia californica, was given by Adelbert Von Chamisso, a naturalist who arrived in San Francisco in 1816 surrounded by hills of the golden flowers. Also sometimes known as the flame flower, la amapola, and copa de oro (cup of gold), the poppy grows wild throughout California. It became the state flower in 1903.

I grew up in the country there. On the rise behind our house was a rolling hill much like all of the other soft rolling hills in northern California. One of my earliest memories was of a spring day when I was about 4 years old. I had wandered away from the house drawn by all the beautiful gold that I could see in the hill. I knew the gold was flowers, but I was mesmerized by the color.

I remember sitting in the middle of this thickly-covered field of golden poppies. I was delighted and it was perhaps one of my first joyous experiences. I remember how delicate they were and how some were fully open and some were wrapped tightly. I remember their fragrance. They fascinated me. I have been in love with poppies since that time. 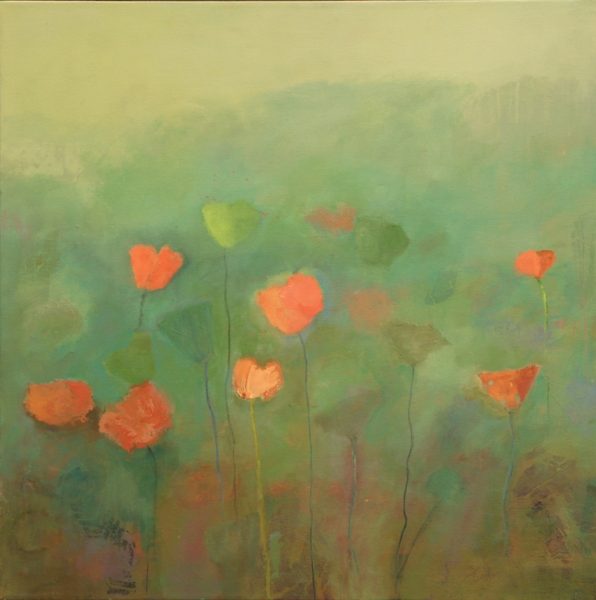 Remembrance of Poppies, acrylic and ink of canvas, 30×30 inches.

I have been thinking about painting poppies for a long time. Last week I decided to paint that hill and that experience. I started like I have been doing lately with many layers of background color. Before I started adding a field of golden poppies as I had planned, I realized that there were so many poppies in my memories that I would soon have an abstract orange painting.

That is not what I had in my mind. It wasn’t capturing the feeling that I wanted so I decided to limit my poppies to make them and the painting more symbolic to me. The above painting is what evolved. The photograph below is how I remember the hill: 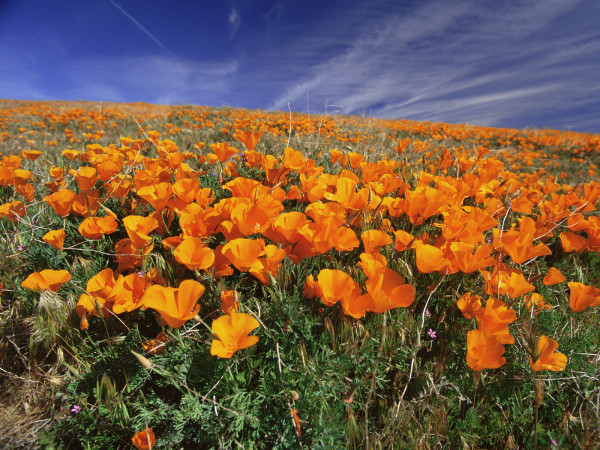 While I was in California, it was difficult to not be inspired by almost everything I saw, especially when I was out of a city. I spent time letting memories from my childhood wash over me. I loved how Sonoma County felt. It was a pleasure to soak up the familiar fragrances, light and feel of the air. 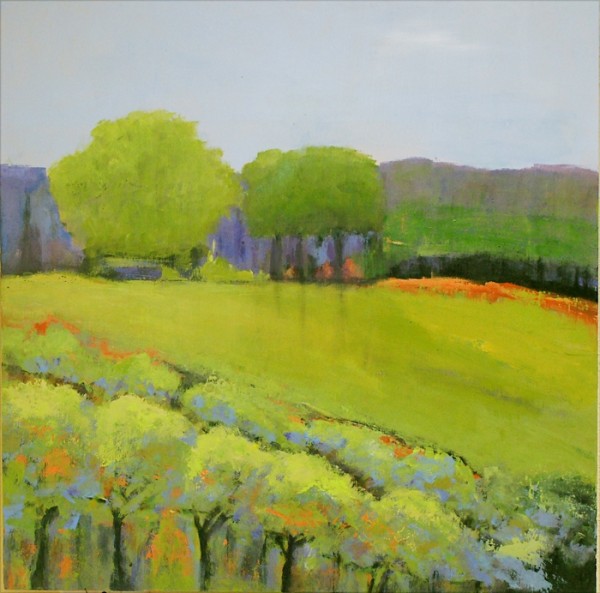 I was particularly reminded of California poppies and brown rolling hills. I was drawn to the various shades of green and the reflections on the small lakes on the property. I had never painted a vineyard before and I enjoyed capturing the grape vines in their first stages of bearing fruit. Also importantly, I had never painted in California before. It was a wonderful opportunity for me. 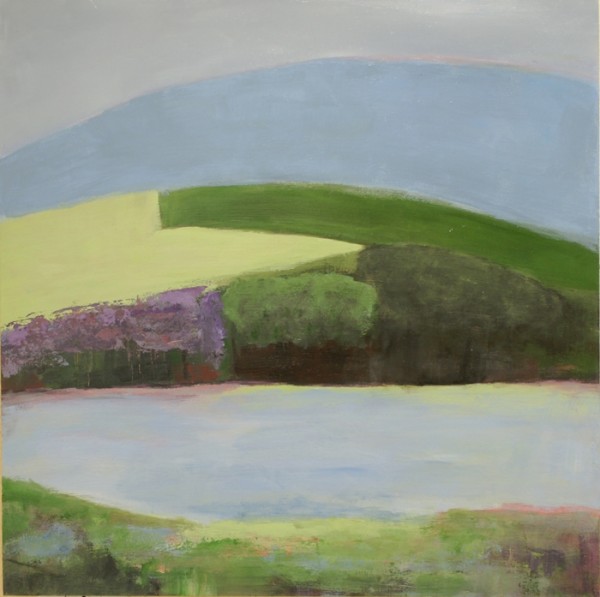 I am not sure when I will be back in California, but it was a “going home” experience for me and I have many memories from my time there as well as some new paintings. I did enjoy creating Sonoma County paintings for the first time.

Have you had the opportunity to go home after being gone for a very long time?

In three days I will be leaving for my artist’s residency at Chalk Hill Artist Residency in Healdsburg, CA. The residency is housed on a 250 acre ranch and winery in Sonoma County, 15 miles from where I grew up. 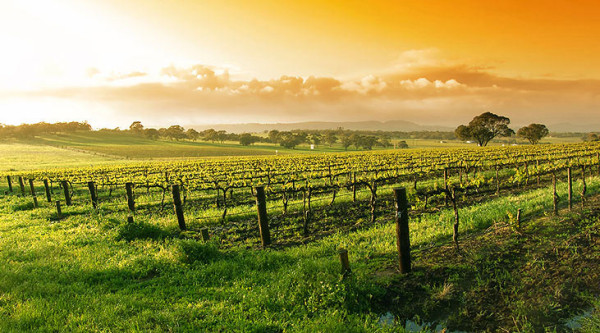 Sonoma County is in a beautiful part of the state. It is grape growing country with rolling hills and miles of vineyards. I have very fond memories about the landscape, the feel of the atmosphere and the fragrance of the air. 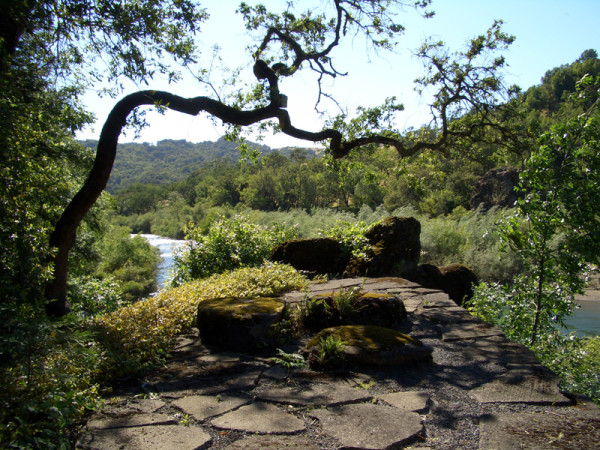 My only obligation during the three-week residency is to paint what I want, when I want. I am taking eight medium-sized birch panels and four small canvases. I may finish all of those.

I am already starting to fantasize about what I will be seeing. In this recent painting, I was thinking about what the area may hold for me. I was envisioning green hills, manicured fields and golden poppies. 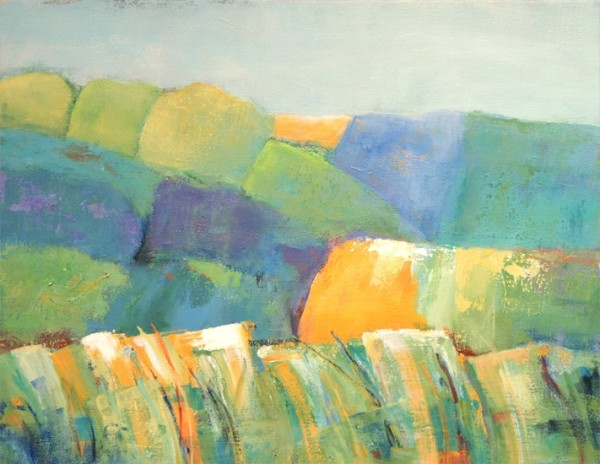 It will be interesting to see what I will paint first when I get there.