Because of my concern for the environment, I am in the process of painting the River Delta Series which consists of river deltas from around the world that are considered endangered due to pollution, drought, or man-made water displacement. A river delta is the mouth of a river, where the river flows into an ocean, sea, estuary, lake, or reservoir. 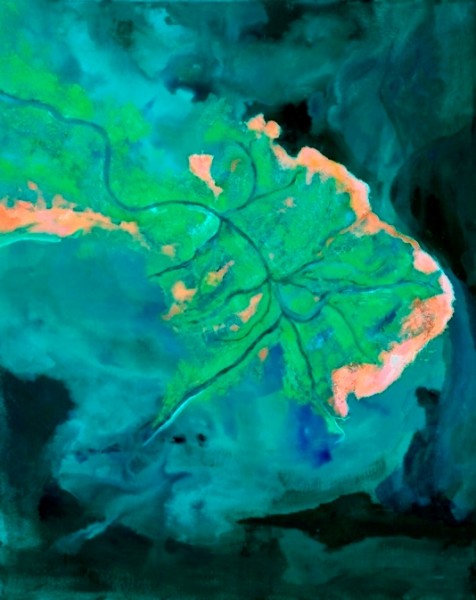 Due to the fact that my work is inspired by NASA photos, the river deltas as seen from space appear to be abstract paintings, sometimes with a feeling of surface and terrain, but always associated with the feeling of water. I was surprised when I first saw photos of the NASA images because they were so lovely. The colors appeared to be arbitrary at times and realistic in other photos. I think they are intriguing.

Rivers sustain entire nations with food, water, energy and more. We are bound to them and they bind us to each other. They are a major key to building stable and equitable economies, feeding growing populations and improving the health and well-being of people, especially the poor. Too often we make shortsighted choices, face competing priorities and send problems downstream.

In 2013 the Colorado River was named the most endangered river in the U.S. It is a lifeline in the desert— its water sustaining tens of millions of people and endangered fish and wildlife in seven states. However, demand on the river’s water now exceeds its supply, leaving the river so over-tapped that it dries up to a trickle before reaching the sea. A century of water management policies and practices that have promoted wasteful water use have put the river at a critical crossroads. 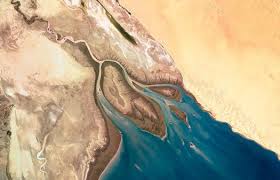 Here in New Mexico we have the “mighty Rio Grande.” One of the largest rivers in North America, the 1,885-mile (3,033-kilometer) Rio Grande runs from southwestern Colorado to the Gulf of Mexico. It defines much of the border between Texas and Mexico.

But the once grande river is looking more poco these days, thanks to heavy use on both sides of the border. Less than a fifth of the Rio Grande’s historical flow now reaches the Gulf. For a few years in the early 2000s, the river failed to reach the coast of the gulf of Mexico entirely.

I feel that art can be a catalyst for social awareness and positive change. I do not believe that one must always show the negative impact on nature in order to bring attention to the fragility of the environment. 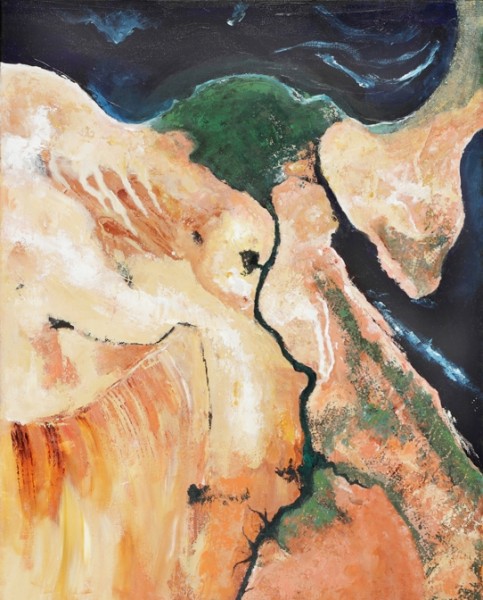