The image that came up for me in Paris has stayed with me. “La Vie en Rose” (life in pink), which basically means seeing life through rose colored glasses and having no regrets.

So thinking it may be difficult for me to change from my usual preferred palette of red-orange and blue-green, I got out all of my reds, the unbleached titanium and the titanium white and just started putting different combinations of pink and red on the canvas. I used alizarin crimson, quinacridone red, pyro red and cadmium red light in all kinds of mixtures.

I can’t think of Edith Piaf who sang “La Vie en Rose” without thinking of all the pain in her life, so I had to put in some black. I like to use black in my paintings because I think it is dramatic. Like some painters, I could have mixed my own dark color, but I prefer all that I can do with black. 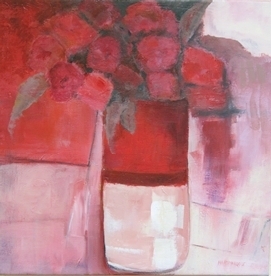 In color psychology, pink is a sign of hope. It is a positive color inspiring warm and comforting feelings, a sense that everything will be okay.

According to color psychology, “a combination of red and white, pink contains the need for action of red, helping it to achieve the potential for success and insight offered by white. It is the passion and power of red softened with the purity, openness and completeness of white. The deeper the pink, the more passion and energy it exhibits.”

I enjoyed doing this painting and I have started on the second similar painting.

I would love your critique. Would you do anything different?

I just had the very good fortune of spending a month in Paris. Fortunately for us, it was just as beautiful as ever without any signs of conflict or tension. The Parisians were friendly and gracious. I am writing this as I hear about the bombings that just happened minutes ago.

I went to Paris not to paint (or even sketch) like I usually do in France, but to soak up all that this beautiful city has to offer. I did not take a sketch book, but my birthday was at the beginning of October, so Tim gave me one as a gift. I used it twice while I was there, which was fun for me to do.

We went to as many museums and galleries as our brains and legs could accommodate. Paris itself is an art museum. There are pieces of beauty on the bridges, streets, walls and fountains.

Most of the time while we were there, the sky was a light blue or a blue-gray. The Seine River was its usual blue-green. Paris was cool and damp, and a total contrast to New Mexico, except perhaps for some gorgeous sunsets. 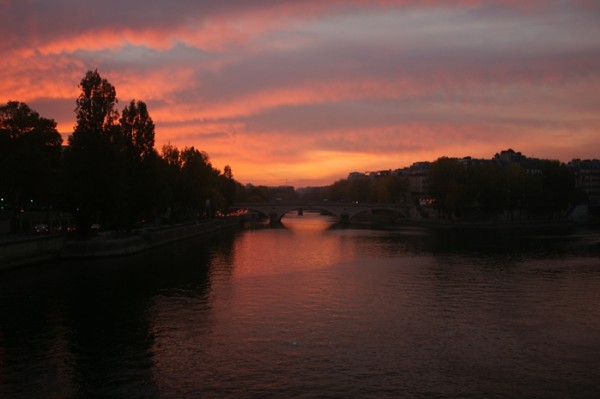 In Paris I was hoping to be inspired by the colors of city, the river or whatever came my way. But the image that came up for me was “La Vie en Rose” (life in pink), which basically means seeing life through rose colored glasses and having no regrets.

I looked back through all of my paintings and realized that I have never painted in pink. It is not my favorite color. But that is the inspiration that I came home with. After the unfolding of the events on Friday in Paris, it seems that I may want to reevaluate my plans.

I have often fantasized about spending a month in Paris. It is now a reality as I start to plan my upcoming trip. Paris has been described, romanticized and glorified for centuries. I think that all of the glowing ideas about this city are more than justified.

I have been dreaming about Paris and visiting it for 32-years. I have been painting it for about ten. Now, I am just going to go and experience it. I will not be taking any paints and I may not take a sketchbook. I just want to wander around, wonder at the history, look at art and eat great food.

I hope to be inspired so that when I return, my mind will be full of exciting ideas that I can turn into paintings. I particularly want to walk along the Seine and just be near water. Here is a painting I did about 10-years ago. 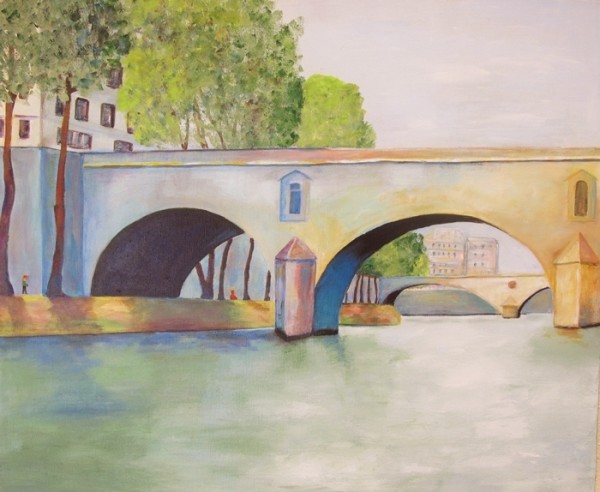 Although my painting style has gone more toward the abstract, I still enjoy perspective, structure and trying to paint what I see. My brain enjoys the challenge.

For the next few weeks I will continue to get ready for my trip. For now, the airline reservations have been made, the apartment has been rented and the raincoat has been purchased.

a bientôt… I’ll let you know when I return whether or not I took a sketchbook.

I have gone to France almost every year since 2000. Before that I went to France two times, the first time in about 1985, the second in 1992. Some of my friends and family tell me that I need to get out of my rut and go somewhere else. I usually agree and this year I am going to Italy and France, but I do love being in the rolling hills of the French countryside or exploring in a prehistoric cave, not to mention the freshness of French food. And of course who can’t love Paris, even though Parisians are the ones who have given the French the reputation of being rude. It is really only the waiters. 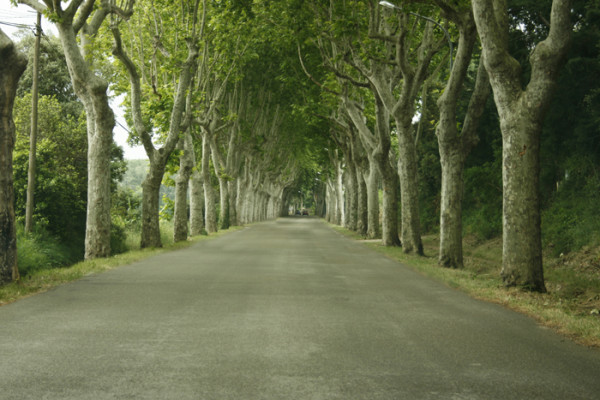 Part of my love of France is being able to finally arrive at my final destination, usually now Soréze, after about 20 hours of travel. Once I am in the place I frequently rent, I am there. There is no period of adjustment. I know the roads and the places to go for great food or wonderful scenery. I am comfortable driving and the roads are great and very picturesque. I speak French well enough to get by, and the people are very encouraging and friendly. 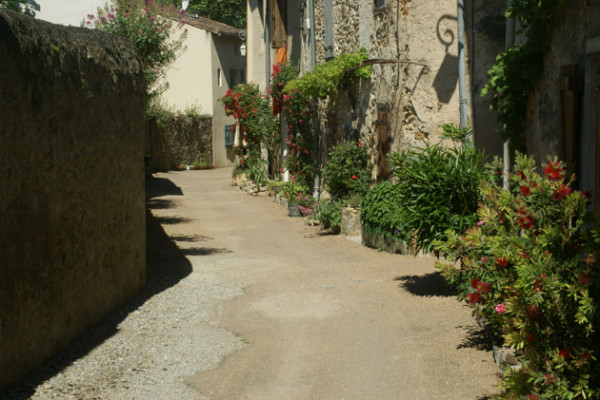 Another reason I love to go to the south of France is that I have always been able to rent a house with a studio. I go there to paint. I first started painting in the small village of Soréze where I attended a painting workshop that emphasized creativity not technique. That was helpful to me because I had no technique at the time. I knew nothing of perspective, color combinations or drawing. I did, however, have a simply glorious time. And I fell in love with painting.

Here is my very first painting. 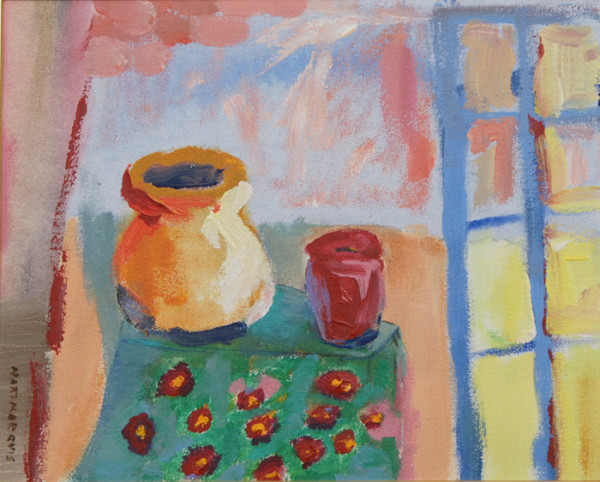 Once I learned to draw, I went back to it and made the table larger so it didn’t look like the vase was going to fall off. It is interesting to me that I already had the palette colors that I use frequently today.

Here is my second painting done at the same workshop. 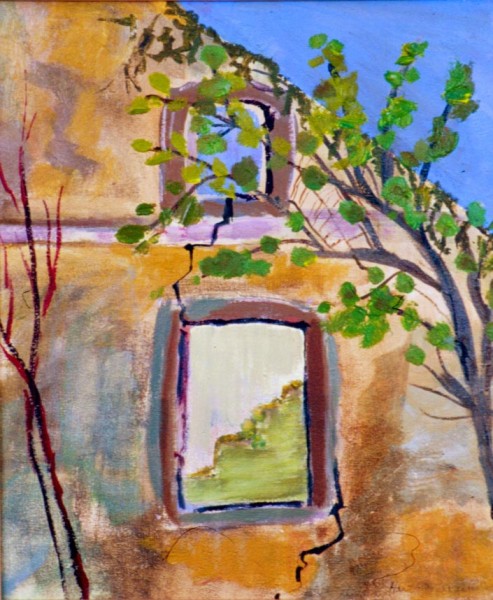 We were at a goat farm and were able to wander around the extensive property. I decided to paint part of his decaying three-story home built in the 1800’s. I love this painting because when I Iook at it, I am able to feel for it as I did then. Later that day I asked a French friend why someone would let this once lovely house go to ruin. The answer was a sad history lesson for me. I was told that so many men did not return from World War I and many homes were left to crumble because no one was there to repair them. There were more than 1,357,800 French men killed and most of the fight took place in France.

France has touched my heart in many ways. I cherish it and can’t wait to get there.

How about you? Is there a special place in your heart that you yearn for?

When you think of the term cubism which artists come to mind? Perhaps you think of Georges Braque, Juan Gris, Pablo Picasso, or the father of Cubism Paul Cézanne. Or do other names arise of painters who were influenced my cubism: Franz Marc, Fernand Léger, Marcel Duchamp? Do you ever associate the name Tamara de Lempicka with this group? I had not until about six years ago when the photographer Tim Anderson introduced me to her work. As a matter of fact I don’t think that I had ever heard of her until then. All of the other names mentioned above were men. I am sure that had nothing to do with her obscurity, although she is basically a footnote, if she’s mentioned at all, in the major art textbooks, art history classes or discussions about modern art. Yet, her work is featured in permanent collections of museums and galleries around the world. 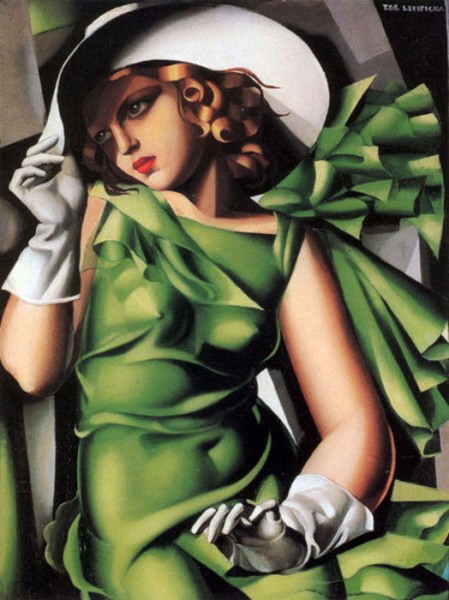 I find her work to be very intriguing. When I look at one of her paintings such as Young Lady with Gloves, the influence of cubism, the stark clean lines of her composition and the striking green that she choose for the dress compel me to want to study how she approached her art. I like the dissimilar size of the arms and what that might represent. Also, there is no question about the location of the light source in her paintings. Lempicka’s intention to express sensuality is clearly seen in most of her work. Her love of mannerism and gesture is evident in her paintings.

“If there is a single image that encapsulates art deco, it is Tamara de Lempicka’s self-portrait ‘Tamara in the Green Bugatti.’ It was commissioned for the cover of the German magazine Die Dame, which defined her as ‘a symbol of women’s liberation.’ The tight, post-cubist composition of the painting; the muted, sophisticated colour; the sense of speed and glamour; her blonde curl edging out of the head-hugging Hermès helmet; her long leather driving gauntlets; her lubricious red lips. Clearly this is a woman who means business.” (Fiona MacCarthy, The Guardian, Friday 14 May 2004) 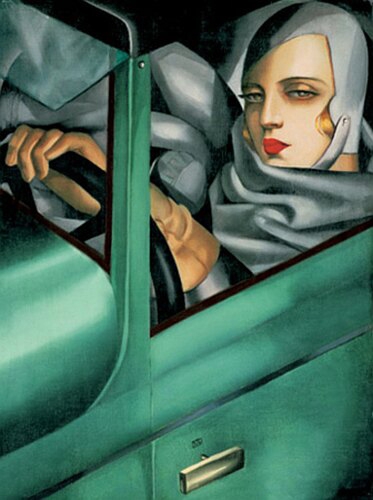 What do you think of the work of Tamara de Lempicka? Had you heard of her before? 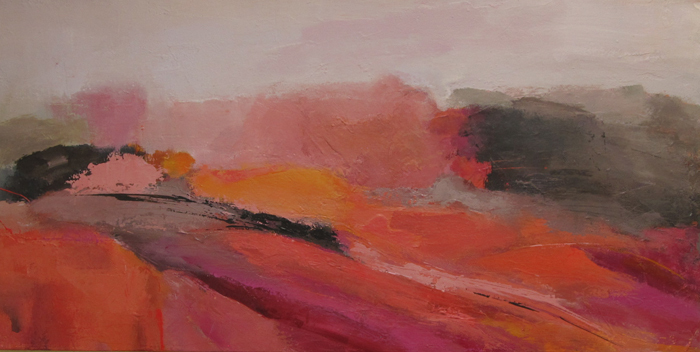 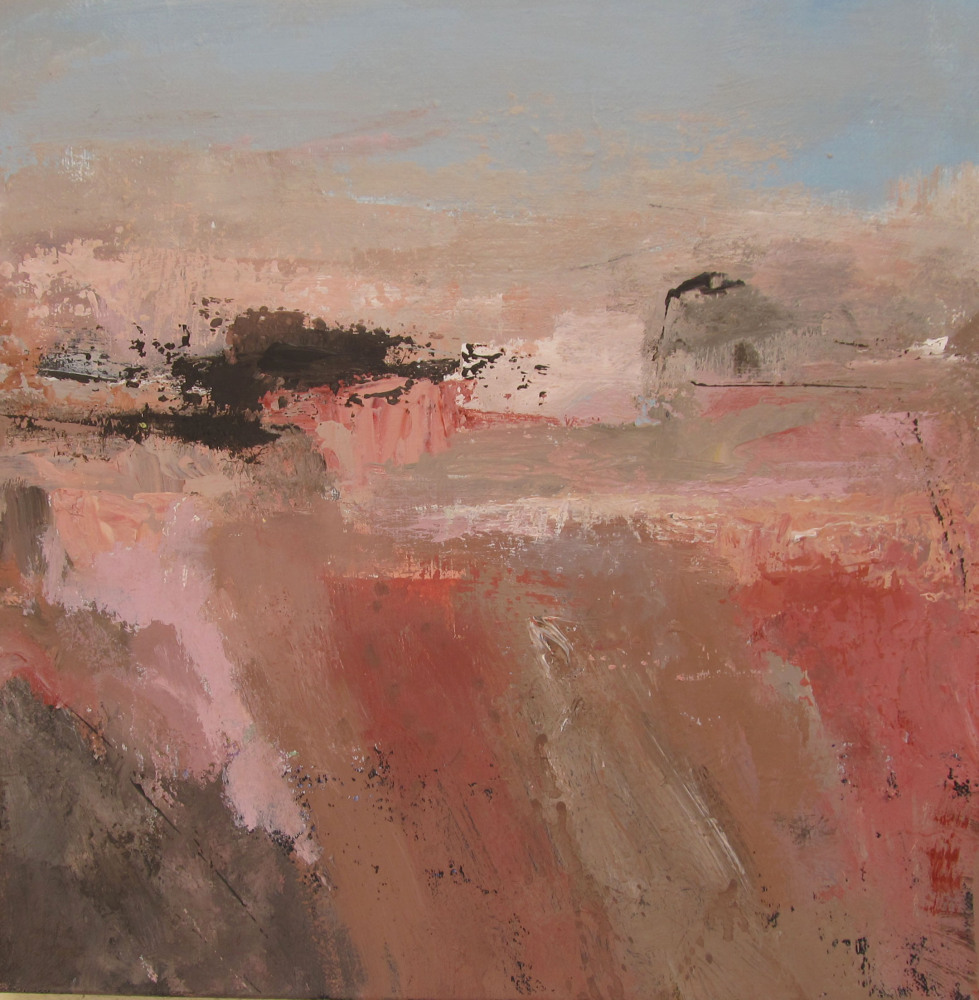