For the last four weeks I have been painting with gray as a major component in my paintings. As one could imagine, I have grown tired of grayed down colors for now. So this week I decided to create a painting that has little or no gray. 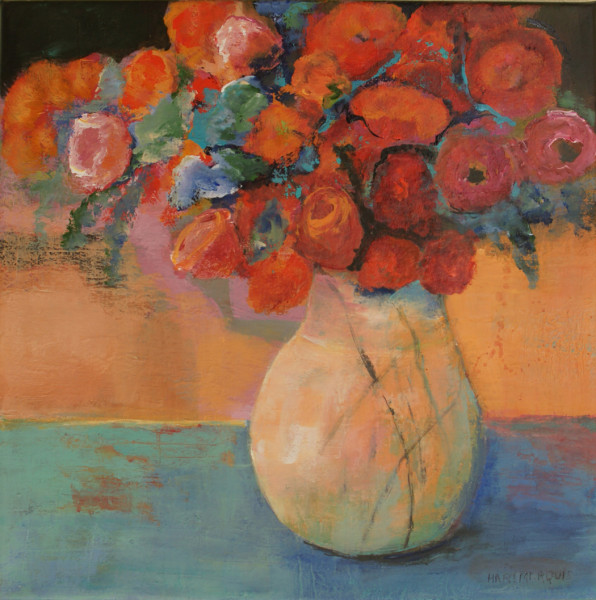 It felt wonderful to get back to bright pure color. After I finished this painting I was reminded of my first painting teacher Carol Watanabe who considered herself a Fauve artist. Her class took place in Soréze, France and then later in Collioure, France. Here is an example of her work. 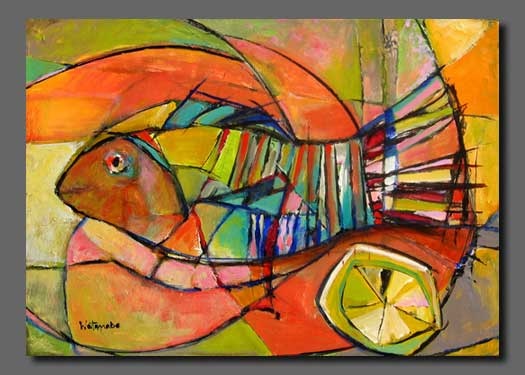 The Fauvists were French painters whose members shared the use of intense color as a vehicle for describing light and space, and who redefined pure color and form as a means of communicating the artist’s emotional state.

Fauvism was the first of the avant-garde movements that flourished in France in the early years of the twentieth century. Their spontaneous, often subjective response to nature was expressed in bold, high-keyed, vibrant colors sometimes directly from the tube. 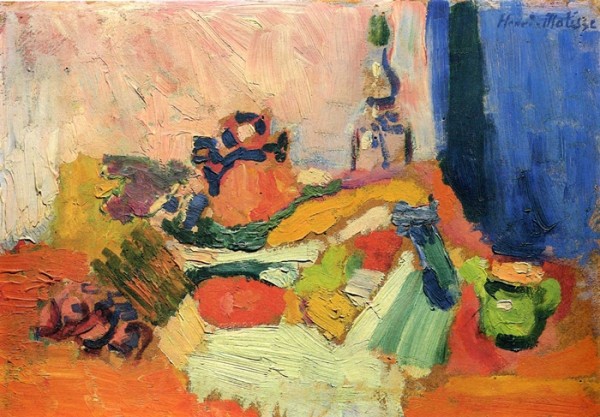 “Henri Matisse (French, 1869–1954) and André Derain (French, 1880–1954) first  introduced unnaturalistic color and vivid brushstrokes into their paintings in the summer of 1905, working together in the small fishing port of Collioure on the Mediterranean coast. When their paintings were exhibited later that year at the Salon d’ Automne in Paris they inspired an art critic to call them fauves (“wild beasts”).”

Although I never considered myself a fauvist, that use of bold color has stayed with me and frequently I have to force myself not to use colors that are really too intense. Graying down a color took me while to appreciate.

6 thoughts on “The Fauvists”